One diagram is worth a thousand words

Each step of a “categorification process” should reveal more structure. The most classical illustration of this is the following:

Here we first “categorify” numbers into vector spaces. The new information available are now linear maps between vector spaces (thus, we have the whole power of linear algebra at hand). There is no reason to stop: we can “categorify” vector spaces into categories, linear maps into functors. Again, we see a new layer of information, namely the natural transformations between these functors. The last step “naturally lives” in a 2-categorical setup. The idea is clear: keep on going (if possible of course).
Let me give now some more details. 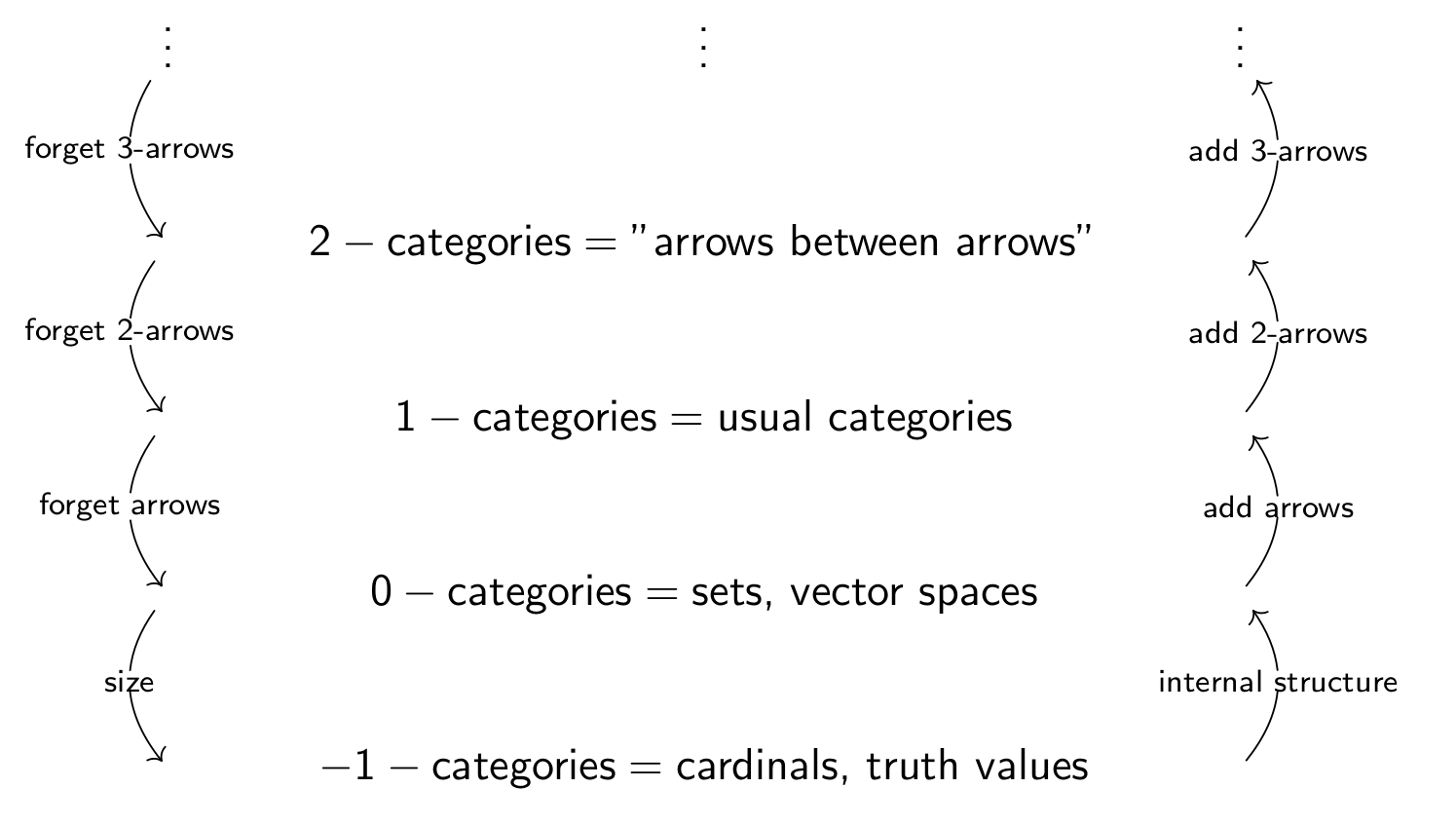