We establish a version of quantum Howe duality with two general linear quantum enveloping algebras that involves a tensor product of Verma modules. We prove that the (colored higher) LKB representations arise from this duality and use this description to show that they are simple as modules for various subgroups of the braid group, including the pure braid group.

Arguably the most classical form of Howe duality relates commuting actions of \(\mathrm{GL}_{m}(\mathbb{C})\) and \(\mathrm{GL}_{n}(\mathbb{C})\) on the symmetric algebra of \(\mathbb{C}^{m}\otimes\mathbb{C}^{n}\).
Howe's approach turned out to be a game changer, even in fields beyond representation theory. For example, quantum versions of these dualities provide powerful and categorification-friendly descriptions of quantum invariants such as the colored Jones polynomial.
In this paper we prove a version of the Howe duality above where symmetric powers are replaced by Verma modules. We also extend the aforementioned application to quantum invariants: we show that the LKB (Lawrence-Krammer-Bigelow representations} and their colored and higher counterparts arise from this Verma Howe duality, which in turn enables us to verify that the LKB representations are simple modules of various subgroups of Artin's braid group.
In a few more details, the main theorem of this paper reads: 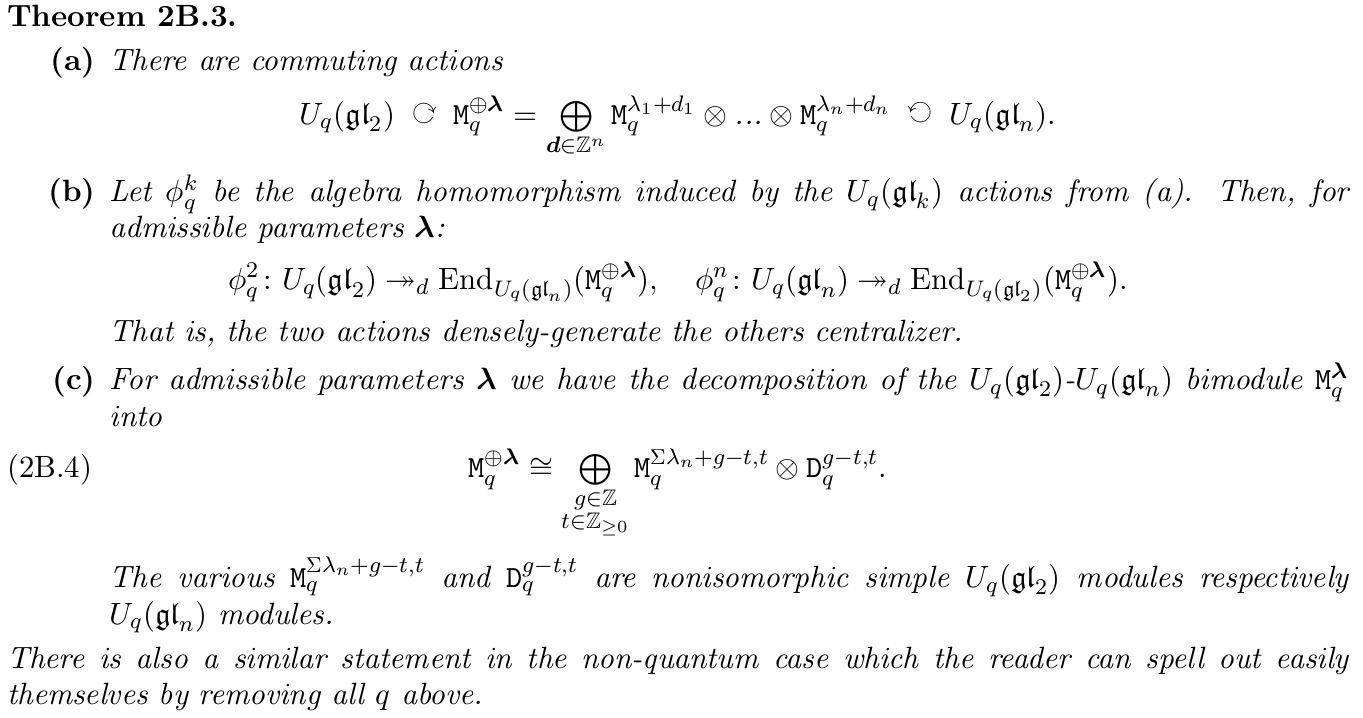