In this paper we study the asymptotic behavior of the number of summands in tensor products of finite dimensional representations of affine (semi)group (super)schemes and related objects.

A central, yet hard, problem in representation theory is the decomposition of tensor products of representations into indecomposable summands. Computations of these decomposition numbers are often major unsolved problems in representation theory. In this paper we take a different perspective and we are interested in asymptotic properties of the number of indecomposables in tensor products of representation rather than explicit decompositions. In contrast to the question of explicit decompositions, we obtain results in extensive generality. To get started, let \(\Gamma\) be an affine semigroup superscheme (e.g. a group, a monoid or even a semigroup, including super versions; we actually have several other versions; see the paper for details) with a finite dimensional representation \(V\) over some field (any field is allowed).
We let \(\beta^{\Gamma,V}:=\lim_{n\to\infty}\sqrt[n]{b_{n}^{\Gamma,V}}\) where \(b_{n}^{\Gamma,V}\) denotes the number of indecomposable summands in \(V^{\otimes n}\). Our main result is that, even in this generality, we can say something about this limit. Namely: \(\beta^{\Gamma,V}=\dim V\).
Let us give an explicit example. Take the complex numbers as the ground field, \(\Gamma_{2}=SL_{2}\) and \(V_{2}=\mathbb{C}^{2}\), its vector representation. Then the first numbers \(b_{n}^{\Gamma_{2},V_{2}}\) are: \(\{1,1,2,3,6,10,20,35,70,126,252\},\quad b_{n}=b_{n}^{\Gamma_{2},V_{2}}\text{ for }n=0,\dots,10.\)
A Mathematica loglog plot of \(\sqrt[n]{b_{n}}\) (y-axis) for \(n\in\{1,\dots,1000\}\) (x-axis) gives 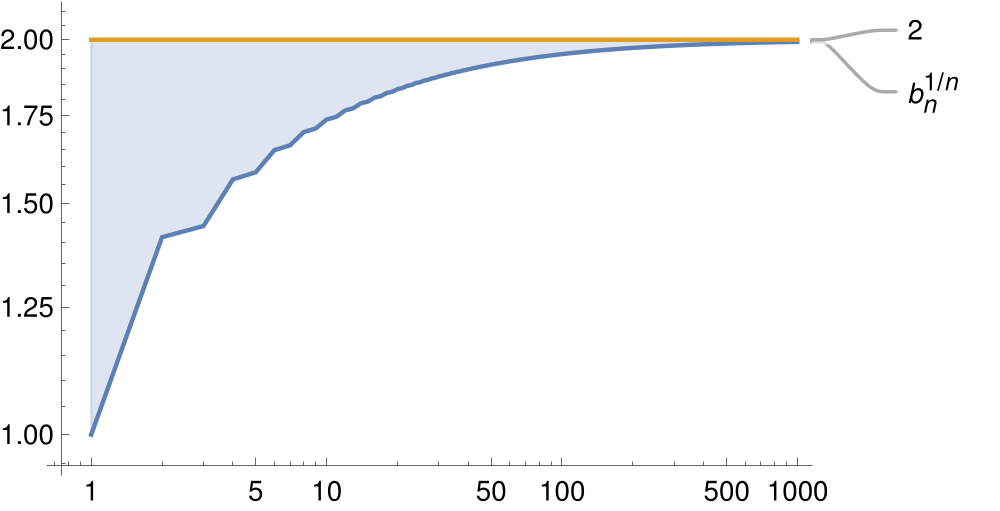 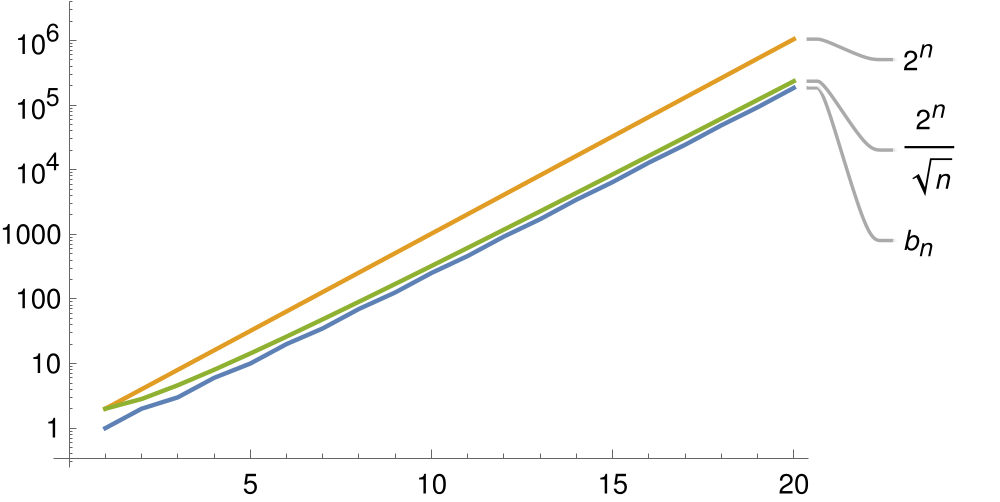 Throughout the paper we strengthen the main theorem by giving asymptotic growth rate for \(b_{n}\) whenever possible.